Did Switching to Soft Food Give Us the Ability to Pronounce ‘F’s and ‘V’s?

Do you wonder where we learned to pronounce certain words? Could we always pronounce the same sounds, or did some come later? These questions and more were recently taken up by the science community, in a particularly interesting section called, “evolutionary morphology,” or the evolution of certain sounds.

New research published in Science has put forth a pretty convincing argument for our evolutionary ability to pronounce words like, “vase,” or “fossil.” Conducted out of the University of Zurich, postdocs Damián Blasi and Steven Moran set out to test a hypothesis set forth in 1985 by the American linguist Charles Hockett. Noticing that the language of hunter-gatherers lacked labiodentals, a linguist term for the sounds, “f” and “v,” Dr. Hockett theorized that their diet was partially responsible.

So what did the researchers find after looking at the evidence? 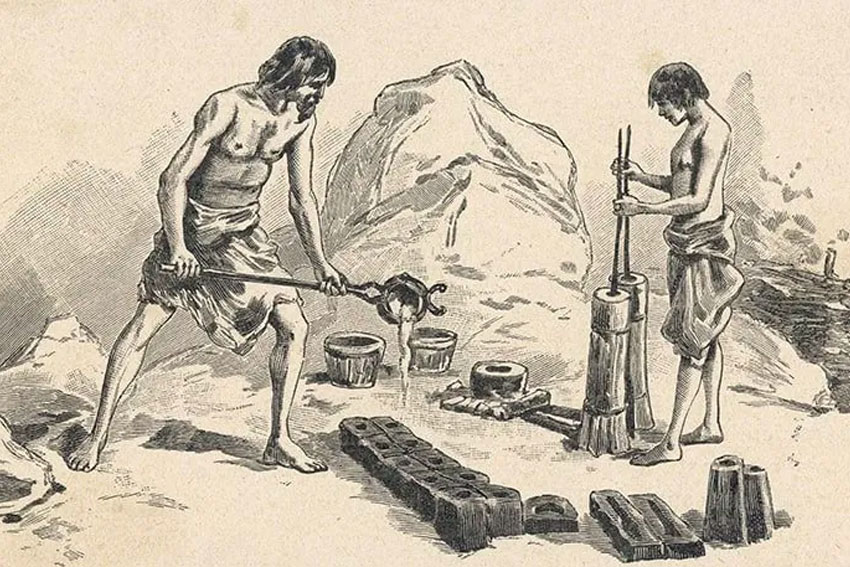 To test this hypothesis, researchers poured over bronze-age skulls, evaluating their size, shape, and evolution through computer modeling. What they found showed that when humans switched to more processed foods — ushered in by the agricultural revolution — this put less wear on our teeth, which eventually developed into an overbite. Before agriculture, the human diet mainly consisted of fibrous food that puts a significant amount of force on the lower jaw, so that they both had to align. Within a few thousand years, according to the study, these overbites made it easier for people to pronounce sounds like “f” and “v,” allowing use a deeper relationship with language.

The team also scrutinized the world’s languages and found that earlier, hunter-gather languages have one-fourth as many labiodentals as languages from farming civilizations. They also found that these sounds become much more common in the 8000 years since the agricultural revolution, when humans began grinding grain into flour, and making bread. What’s maybe most interesting about this study is the ways in which it has demonstrated that diet can affect our biology.

Are You Protecting Your Teeth?

Analyzing teeth from the past have given researchers the chance to solve many of history’s greatest mysterious. If your teeth were examined thousands of years from now, what would those researchers find? Why not protect your teeth and a bit of history by scheduling a checkup and cleaning?

Remember: the American Dental Association suggests getting a cleaning every six months to catch developing complications like gum disease before they can become even bigger problems.

If you are overdue for your next dental visit, please call (910) 392-6060 or email Kuzma Advanced Dentistry in Wilmington, NC for an appointment with a dentist.